Visiting Your Local Library to Promote Your Podcast (Offline Tip #2) 10:49

Using a Directory as a Promotion Tool for Your Podcast (Offline Tip #1) 13:18

How to Use an AutoResponder Tool 7:20

Ms. Ileane Shares Her Perspectives on the New #Bebo / #Blab for #SocialCafe 44:30

@CharlesHarper of Webinar Fusion Pro interviewed by @SocialWebCafe on #WebToolsTV #SocialCafe Deborah says… “This is a new tool on the scene, but it is the result of extensive research. I highly endorse it and as a result of that endorsement, sought to also become an affiliate. This software is not free and it is not cheap. I purchased it because I plan on using it for my hangouts (3+ per week). However, another incentive is that there is special pricing because it is new and you can purchase it for the one-time instead of monthly fee. If you would like to see for yourself, you can visit my affiliate link at http://sw.bcafe.co/fusion ”

If you are the CEO or developer of a tool and you would like to be a featured guest on Web Tools TV, you can let WebToolsTV know! Simply set up a call with the Social Web Cafe producer, Michael Anderson, at http://sw.bcafe.co/setupCall From there, the Social Web Cafe team will walk you through the next steps.

Host Deborah Anderson interviews the "people behind the brand" of your favorite web tools.

Deborah is an experienced (and talented) videographer recommended by the legendary Corey Rudl and other industry pioneering greats. Come experience it for yourself and also, download the "Boost Your Energy" ebook (absolutely free!).

Latest posts by Deborah (see all) 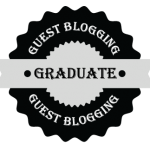 Do you need interviewees/guest for your podcast or radio show? Be sure to check out these guys and submit a free form to solicit guests for your show!